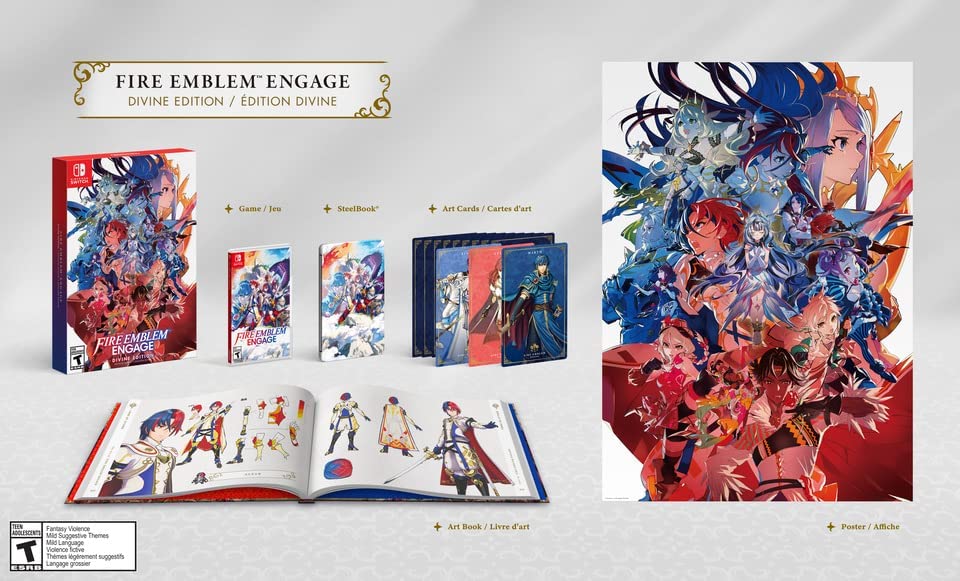 Nintendo has officially announced the newest entry in the Fire Emblem Series at its September Direct, titled Fire Emblem Engage. It is announced to launch January 20, 2023.

Alongside this announcement comes the news that there will be a special edition made available, called the Divine Edition.  It will retail for $129.99 in Canada and will include the game, a steelbook case, some art cards and an art book.

Pre-orders have already begun popping up, this post will get updated as more become available. Current pre-order listings: